Build a brand that your conscience can live with, says Dole CMO Rupen Desai 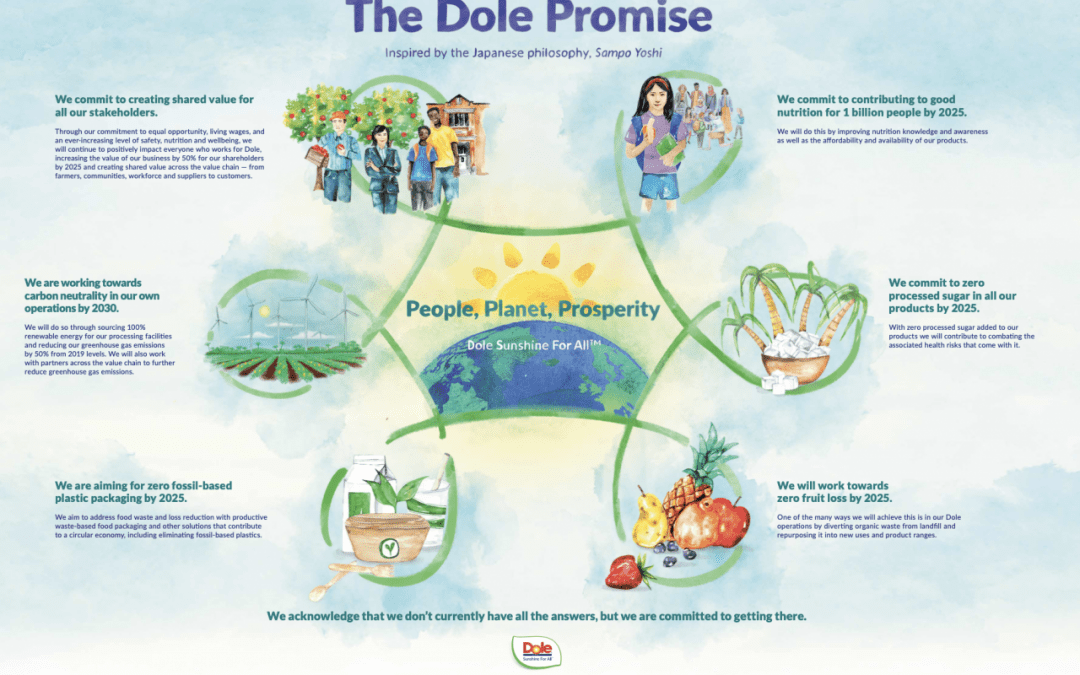 As the largest producer of fruit and veg in the world, Dole has a significant role in the global food supply. And in year that has been more difficult than most, it’s relaunching its messaging, with the aim of positioning the global greengrocer as a force for food in the world.

Rupen Desai, global chief marketing officer for Dole, says the change will involve an investment from the business that goes well beyond marketing.

The new messaging centers on a set of promises that the brand has vowed to measure itself against going forward.

“The Dole promises are our commitments to ensure that people, the planet and prosperity all thrive together and not at the cost of each other,” explains Desai. ”In a world where the distance between people and good nutrition is only increasing, the promise aims to increase access to sustainable nutrition, decrease food waste, plastics and carbon emissions and help grow shared value for the stakeholders.”

The messaging was launched with a film shot from the perspective of a young girl reading an open letter to the leaders of the world. He says the idea was to get people thinking about the inequities that Dole’s promises aim to combat, and that the strategy was, in part, inspired by Japanese business philosophy.

“The promises itself were based on the Japanese philosophy of ’sanpo-yoshi’, which says that the wellbeing of society, the planet and business are interdependent. This is also one of the founding principles of our holding company since its inception. The idea of the launch comes from every child, yours and mine – becoming inspired when we share what we intend to do around the planet, rather than our stories from Cannes or Davos. The idea that we must deserve the world we live in, the one we have created – but our children deserving a better one – is universal. We hope the message resonates with every viewer,” he explains.

Some tranches of the media industry, indeed audiences, grow skeptical of purpose-led businesses and marketing. But the promise is more than a film, he asserts.

“Purpose has been an integral part of Dole’s 170-year history. We can, literally, ‘eat’ our purpose. In each of Dole’s promises, you find an ambition to increase access to nutrition for people around the world as well as ensure that it is done sustainably, leaving behind a world that’s better than the one we live in today.

”Each of our promises is interdependent. For example, when we use fruit that’s traditionally wasted because it does not look pretty, we are able to increase access to good nutrition as well as prevent the impact that food waste leaves behind in our planet. Our promises mean a change of our internal operations from how we pursue innovation, regenerative agriculture, carbon sequestration, investments in compostable packaging, or innovations that leave no fruit behind,” he says.

To be able to do this, and not create a hollow brand purpose, he says a company needs to be “all-in”.

“This is not about the new advertising campaign or a beautiful film for the next season. It’s a commitment to a way of life. We are continuing to focus our global business operations to support our world’s loftiest challenges surrounding food inequality, nutritional access, and sustainability. As Dole, we’re launching the Sunshine for All Investment Fund to support additional strategic partnerships and investments in these promise areas around the world,” he says.

On a more personal level, he believes that building a brand that you ethically believe in is important. “I am an accidental marketer and have spent most of my life building brands that my conscience can live with,” he says.

The timing of this change is important too, according to Desai. The pandemic has shone a light on structural and social inequalities across the world.

“History tells us about the Maginot Line and how ‘generals fight the last war’. The pandemic and the health crisis are not only showing cracks of our past but showing further cracks for our future. It’s highlighting how the world is unequal, specifically when it comes to access to nutritional food. Our promises are focused on how we battle not just the health crisis but, the nutrition crisis, the obesity crisis, the processed sugar crisis, the plastic crisis, the carbon crisis, the imbalance caused when profit comes at the cost of people and planet crisis and most important the world we will leave for our children.

“We aim, with the steps we are taking, to inspire a different world, where people, planet and prosperity thrive together, not at the cost of each other,” he says.

For the rest of 2020 and into 2021, the company has committed to using new product formats and production techniques to reduce the nutrition gap. It is also looking out to the wider industry and likeminded businesses to provide open-source knowledge, sharing the successes it has had. It will also publish its first sustainability report, providing accountability for parts of the promises.

As for what success looks like, he says: “We will be happy if the world sees less fruit being wasted, increased access to nutrition and lots of partners joining us in this journey (hopefully competition as well) to bring sunshine for all.”