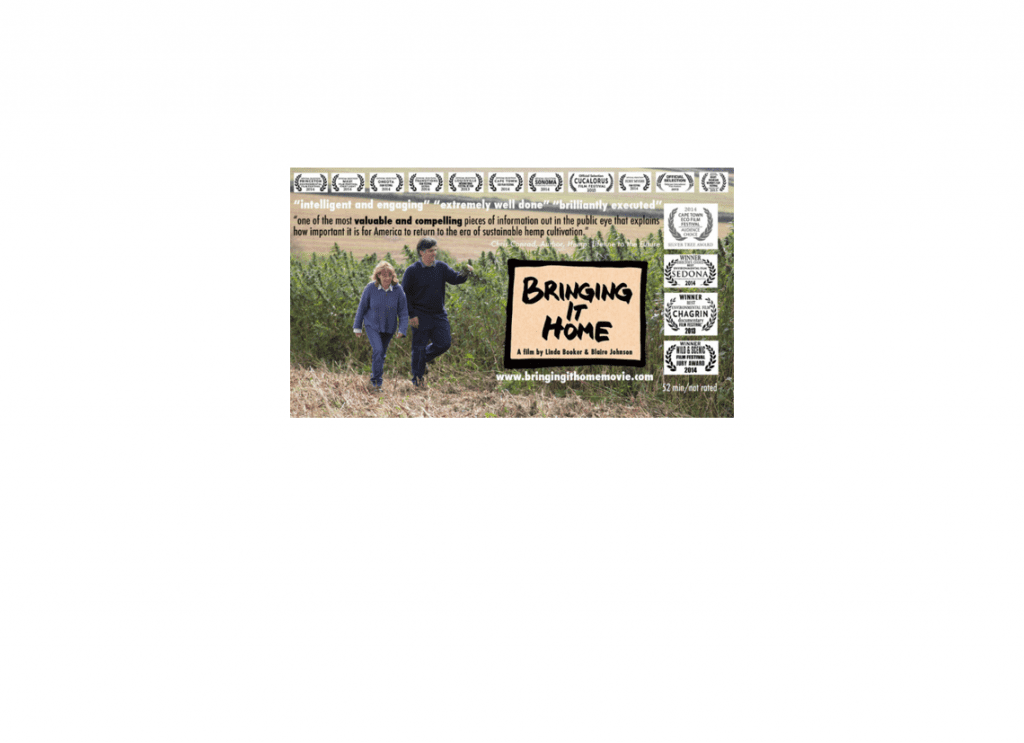 BRINGING IT HOME: A HEMP DOCUMENTARY

Click here to watch - Bringing It Home: A Hemp Documentary

"Bringing it Home is comprehensive, full of information about hemp products and makes a strong case why we should start growing industrial hemp.” Anil Netravali, Professor of Fiber Science, Cornell University

We dreamed it, then made a film.

In October 2010 a stop for coffee and a newspaper started us on a global journey to bring the story of hemp to the screen in hopes of supporting the legalization of hemp farming in the USA after decades of conflation with marijuana. Thanks to funds raised through crowdfunding, sponsors and believers, we released Bringing It Home in 2013. For several years our grassroots campaign gained momentum and the film was widely screened thanks to countless hemp advocates and national organizations such as Vote Hemp, the Hemp Industries Association and Hemp History Week.

BRINGING IT HOME tells the story of hemp's past, present and future through interviews with global hemp business leaders and entrepreneurs, animation and footage filmed in Europe and the United States.

The 2018 Farm Bill removed hemp from the Controlled Substances Act, allowing state departments of agriculture to regulate hemp cultivation. CBD has made hemp a household word but consumers need to know the potential for other hemp products such as natural-fiber clothing, building materials, plant protein foods, body care products, animal feeds & bedding, bioplastics for manufacturing and consumer use, that help - not harm the earth.

This film makes the case for all the benefits of a plant that will leave viewers wondering: why aren't we using it more for a healthier planet?